Warning! We detected you are currently off-line, please connect to gain full experience.

5 THINGS THAT ARE VERY PROFITABLE TO BUY AND SELL

5 Things That Are Very Profitable To Buy And Sell

It's not something that is intangible that you can't actually do easily it's going to be very simple things that you guys can seriously get started with today to start making a little extra money for yourself or make a substantial amount.

I'm going to discuss five things that you guys can actually resell and make quite a bit of money on. So

So why do I say this well there's a few reasons if you look up used iPhones for sale there's a huge search volume for it there's a lot of people searching for them on eBay there's a ton of listings on platforms like Merck re there's a lot of listings so there is just a lot of demand for the actual devices which is why I truly believe you can actually profit a lot of money on it that's why I do it and it's not just iPhones I buy like Apple watches and air pods.

:Related content you can check out some off the top online advertising platforms here 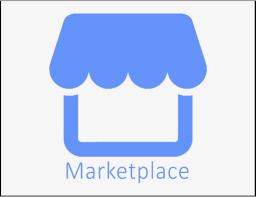 I bought air pods for $80 over the weekend and just listed them and then didn't really do any work and they sold yesterday at 4:50 p.m. for I believe one hundred and sixty dollars, so I doubled my money right there and just think if you buy one of those things every single day or just one thing you can flip that's an extra 80 dollars right there that you can actually profit and you're not really doing much work for eighty dollars.

only putting in 30 minutes and buying that type of stuff it's it's worth it overall so that's going to be number one.

Number two is shoes. So why do I say shoes well I have a few friends at school who buy and resell shoes as well as my little brother has done it a little bit and shoes are very profitable. If you know when shoes are dropping like the blue off-white Jordan ones dropped like a week or two ago for 190 and then if you bought a pair of those for 190 dollars you can actually now resell them for around two thousand dollars just for the main fact that they are so limited and hard to get your hands on for retail.

So, we have Apple products as well as shoes hype. Number three is going to be going to secondhand stores and buying things. I don't really think I mentioned this in my background story or anything like that but when I did not have a lot of money like I'm talking probably twenty dollars in my wallet. So, I remember when I had around twenty dollars, I wanted to make that into a lot of money.

I dreamt a lot, so I knew there was a way. So, I actually would go to secondhand stores and buy things and that I thought I could resell, and I would actually sell them online whether it's listing them locally or selling them on eBay and stuff.

At first, I didn't sell on eBay because I really did not want to get into shipping. I thought it was a hassle, but I realized it's actually not bad at all to ship things it's not a hassle at all truly. 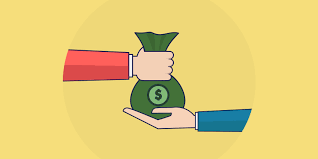 So, I would go to secondhand stores look at things, like I remember one of my cool flips I bought for like three dollars it was an old mobile phone that lit like one of those home phones if you were born I think in the 80s that's when it was around or 90s or something, maybe actually 70s because my mom had one. It's a phone it was clear, had like a clear case, and it lit up inside.

I don't know it was cool like it had different colors it was cool I think when you were younger if you had one of those you were a cool kid so I bought that for I believe $3 and resold it for 20 locally and that was kind of exciting that was my first a little bit of money that I made with flipping things.

I was like wow I can actually do that, and I told the class members in my school and they were like wow that’s actually pretty cool like you turn $3 in to $20 that's awesome. Most people would have to work an hour or two hours to do that and it took you like 20 minutes or whatever so you know that was kind of cool to do.

It's obviously not as much not nearly as much money as I'm making now with flipping things and I'm not saying that to be bragging at all but I'm just saying there is a time to scale.

Also a time to start lower like that if you obviously don't have a lot of money you shouldn't be trying to buy and resell cars if you only have like a $500 in your bank account because you need that cushion. I truly enjoy having a cushion and not spending all my money because I don't want to feel poor or anything like that so you know that's always important to do. 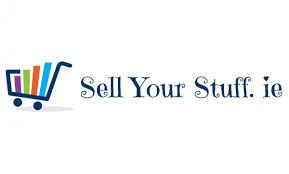 Four is going to be cars now. I mentioned this because I'm in the process of buying and selling my first car. Yeah well, it's a first car binary selling my first car I'm going to be profiting around I am hoping for $4,000. I think that's very doable. I am in a potential deal where I'm gonna be trading my bmw m3 for someone's 2003 Harley v-rod with 12,000 miles on it and on top he offered $5,000. I'm going to try and get him to say $6,000 and the motorcycle. I think that would be a solid deal just because for one I'll get cash so I can buy more things to resell and then two I'll get to enjoy a motorcycle for awhile.

So as I was saying so right now we have Apple products we have shoes to resell, third we have secondhand stores and fourth we have selling cars.

Fifth one, right now this next one is going to sound completely random you guys you're probably going to be like what the hell are you talking about why I would think of flipping this. I stumbled upon this by accident and then I actually made a little bit of money doing this. I went to see NAB live he performed in San Diego so I took a trip with one of my friends we drove down there I got a hotel right on the beach.

It was freaking awesome, but we went to a NAB concert the retail tickets were $20 or $25 I bought my tickets for $60 and one of my friends bought his for $90 and it was because people bought so many 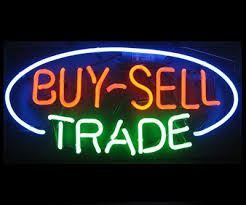 tickets to where the concert sold out so if you wanted to go you actually had to buy on resale. So then it's basically everyone will list their tickets for resale and the prices just keep going up dependent on the demand of the tickets.

So again I bought my own ticket for $60 but they retail that $20 so a lot of people are making insane amounts of money reselling tickets. I've seen this happen over and over whether it's concert tickets, sports events and all that stuff tickets you can make a lot of money on it and you literally don't have to even work you literally just click buy when they take its drop and then resell them.

Now what are risks while obviously if you buy a dumb concert where there actually is not going to be a high demand you will be stuck with tickets in your hand that you may not be able to resell.

But the potential I think is super high if you buy a ticket for 20 bucks sell it for 100 if you buy 10 of those tickets and that's a thousand bucks right there that you could potentially be making overall or like 800 whatever, but that is a solid way to make a little bit extra money. I do it weekly. I guess I can write an article talking about how I actually find the right concerts to buy and resell the tickets.

I just think it's very simple to do I'm such a big fan on buying and reselling things whether it's cars, electronics, like I said secondhand stores, buying tickets, cryptocurrency. I guess stocks as well it kind of just doesn't matter Ilove the principle buying and selling something. Where I buy it out of low market then sell the exact thing for such a higher price overall it's just a cool sort of concept.

So other than that guys that's the five things that I truly believe are great to buy and sell. Electronics,

like iPhones Apple watches tablets even TVs laptops. Shoes and then we have secondhand stores we have cars and we have concert tickets and sporting event tickets. I'm sure you guys at least did not know one of those so hopefully I enlighten some knowledge into you guys and maybe now you can go make some extra money because it's very simple when you even only have like only $100 you can get started.

I started with literally I think it was like $200. I sold my own film to get started buying and reselling iPhones so there's not really an excuse for you. I'm sure you have stuff laying around that you could resell and get that business rolling for buying and selling things.

Thanks for reading my article. Why not start buying and selling your stuff this year and just see how you get on.

How To Make Money Online 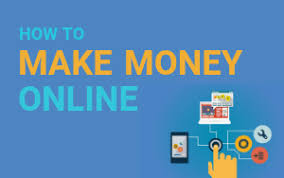